Last Monday we flew to Sydney and stayed the night as guests of Vogue Entertaining + Travel to attend the ceremony for their Produce Awards.

When we arrived we country mice couldn't believe the view from our hotel window. 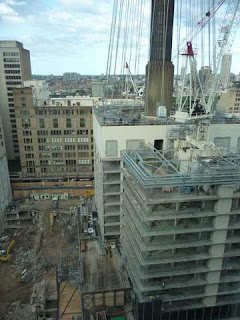 In this photo we are on our way down in the lift to have a pre party drink with Joy from DMP and Carla and Anne Marie from The Holy Goat Dairy.

We farmers scrub up alright eh? 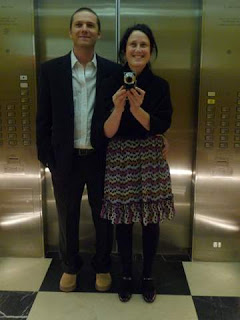 The award ceremony was held at a Justin North's restaraunt Etch. It was a long, narrow room absolutely jam packed with hundreds of people from the glamerous side of the food industry. There were platters of food being passed around which were made from the winners' produce. Our dish was a beetroot tart with horseradish chantilly. 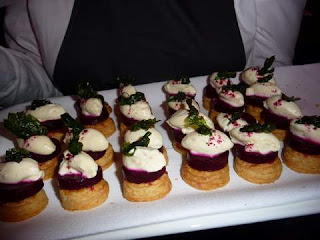 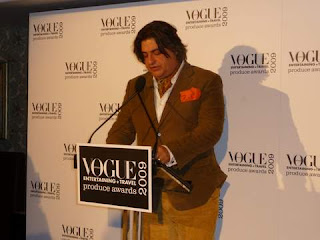 Matt Preston MC'ed the night and presented the awards which was a bit of a thrill as we have been watching Master Chef. He announced a few awards and their winners. Then he read out the gold medals (runners up) for the From the Earth category. He read out a whole lot of names but not ours. It all went very quickly but I think I was a bit disappointed at the time.

And then he announced the overall winner of the category. Daylesford Organics. Woohoo! What a thrill! We had won!

We went up, we kissed and posed for photos and then were whisked off for more photos. 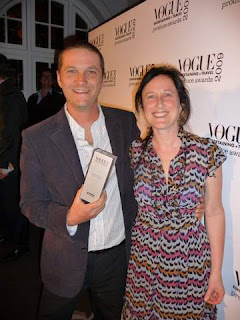 The next award was the From the Paddock category in which we won a gold medal for our eggs.

The next hour was spent shmoozing with chefs, reviewers, PR people, Vogue people and the other producers. It was amazing that Joy won The Regional Award and the Holy Goat Girls won From the Dairy and Producer of the Year. What an amazing night for this part of the world.

Surprisingly the next day we weren't too hungover and were able to take in some of the sights with our new friend. 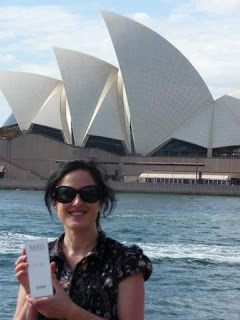 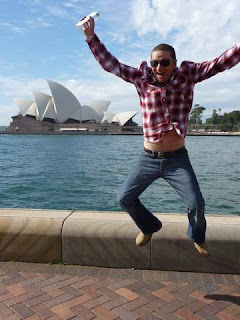 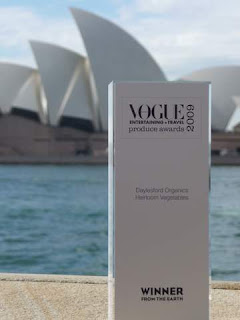 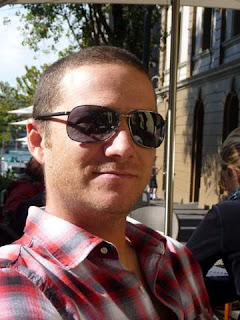 I had to put this photo in because my 8 year old says it's her favourite. She thinks he looks like a 'Hollywood movie Star', even a bit like Zac Efron!!

There was much excitement and show and tell when we arrived home last night. But there's nothing like three little children to ground you and get rid of any illusions of glamour and the high life. 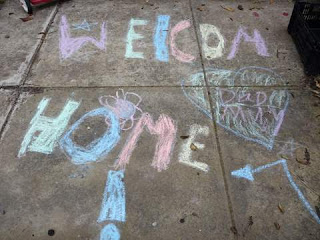 Posted by daylesford organics at 1:42 PM

Aww, Kate, it is all too gorgeous, and you both look tres glam and cute. Love the dress! Can't wait to hear all about it on Friday.

Looks like that award had a great time in Sydney. How's it ever going to settle down to life on the farm? Congratulations, you two, for a well deserved success.

What a beautiful narrative of your time away. You both look so so happy. Well done to all five of you!!! xx

Hi Kate, thanks for taking us along for the ride!! It was fun to be a fly on the wall. You both look very glamorous! So happy for you all, talk soon x

Many Mazal Tovs to the country mice!!
Love,
Andi xx

As long as your blog runs - and I hope it's a very, very long time - I don't think there'll be a better post than this one. Simply a beautifully told and photographed, amazing episode in your lives. Well done (i.e. both the win and the post). xx

Wow guys, that's brilliant news.
All the Appels are SO SO proud of you.
Keep up the good work.
Lots of love to you all xx

wow- how fantastic is your blog- what a lovely way to keep up with the adventures in your life. thanks for sharing. your produce looks so rustic and ready to eat/cook into delicious creations.
we hope all is well with your budding family xx lis, dan and james degen

Wow Kate, that would have to be the most exciting thing I've read in a long time.... well done and well deserved. see you soon x