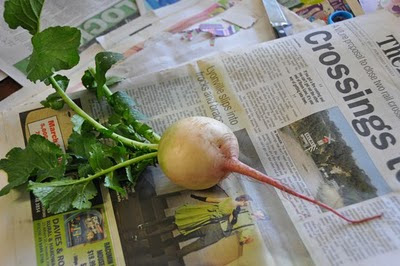 Its an heirloom radish called Red Meat radish or Watermelon radish.
We don't know a lot about this radish. Bren found it in a seed catalogue and we trialed them this year. They are thought to originate in China and be used as a garnish, sometimes carved into roses.
We will definitely be planting them again. 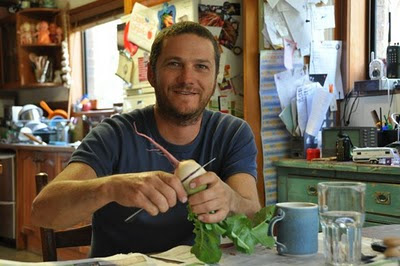 I told you Bren loves cutting them in half.
We were in Melbourne today delivering vegies and eggs to the kitchens of Embrasse and Circa The Prince and both Nicolas and Matt did not disappoint with their excitement either. 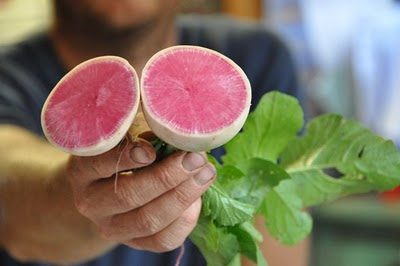 Come and see us at the stall Poni, Cathie, Prue, Leonie and Jess to claim your free bunch.
Posted by daylesford organics at 7:44 PM

One day you two...I will just pop up the road a couple of hours and claim my prize...just wait and see...I'll surprise you xx

I can seewhy he loves to cut them...sooo pretty.