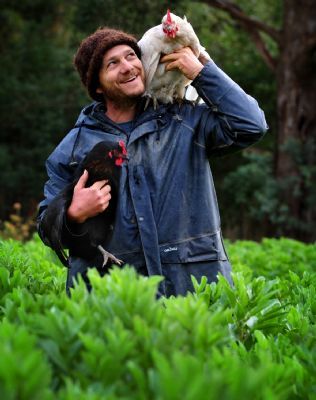 Nine years ago today we left our Melbourne home and moved to our 55 acre farm on the outskirts of Daylesford.
It was a glorious sunny winters day and we were finally on our way to making our dreams come true. Sure we didn't know a soul in Daylesford, we had an eight month old baby and barely had a clue about organic farming, but we couldn't let that stop us, we had ideals and we had to have a go.
In retrospect we might have been a bit naive.
Organics were not then what they are now.
We had to convince our families, our friends and the bank manager that we could make a go of it, but to be honest with you, I don't think we really understood what we were doing until we got here.
Nine years ago we made two ten year plans. The first ten years were to set up a model of succesful organic farming and the second ten were to educate people to do it for themselves. We've got one year left on the first ten and I think we are already moving into the second. Stay tuned for course dates, they'll be coming soon.
Nine years ago we got here and the fun and games began.
I don't think we've looked back or questioned our move since.
Happy nine year anniversary Daylesford Organics!
There is an article about us in this week's issue of The Weekly Times.
You can read it here. 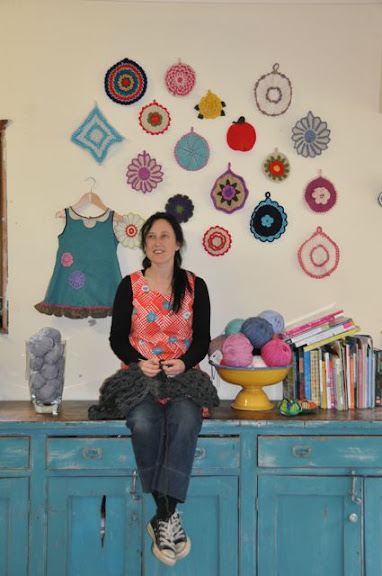 There is also an article about my craft blog Foxs Lane.
You can read that article here. 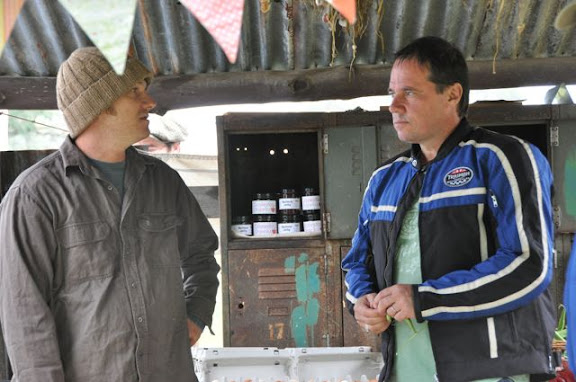 Just a quick note for those of you in NSW.
The Mercurio's Menu shot in Daylesford will be shown this Sunday at 5.30pm.
I'll let you know as soon as I know when it will be screened in the other states.
Oh and we'll be at The Melbourne Showgrounds Farmers' Market this Sunday with lots and lots of eggs. Why don't you come and say hi and check out the new market.
Thanks for coming along for the ride.
Posted by daylesford organics at 5:25 PM

congratulations!
10 years doesn't seem so huge when you get to year 9!!
and all the wonderful things you have done!
brilliant!
you are absolute stars
pxx

Congrats to you both! You are both very inspirational people, you should feel so proud!

Happy organic anniversary Kate and Bren. Your hardwork and enthusiasm is wonderful to see!

Happy 9 years Bren and Kate.
I think you guys are amazing. xo

Oh You Guys make my heart sing ...
I adore people who have a GO! You're the salt of the earth, you're what make Australia a great place, you're ... phew I think you've got my drift.
CONGRATULATIONS Kate and Bren ... well done, three cheers, applause, applause and all that jazz.
Huge HUGS to YOU BOTH Your girls should be so proud. XOXO.

Congratulations! You're an inspiration - ps I gave Su a couple of soaps to pass onto you too - enjoy! Sonya

Congratulations on 9 years!! You are such an inspiration. So glad I found both your blogs. xx

Personally...I don't think any of us have any idea what we are getting ourselves into when we move to the bush!!!

Congratulations you guys. You have, from what I've seen, done a bloody stellar job! And all in what really is a short amount of time. Here's to following your dreams!!

Congratulations! I'm about to start a similar journey, up in the King Valley. I hope it works out just as well as your journey has so far.
Been loving that The Weekly Times has been writing about you.

Congratulations on 9 years! What a beutiful place to be...I'll be sure to be watching on Sunday!
btw, so sorry to have missed catching up with you guys today, would have been lovely to meet you all in person. I did meet Tania, very exciting toput a face to a bloggers name! Hope you've had a great day & enjoy the rest of the weekend!

Yayyyyyyyyyyy Kate and Bren - just saw you on Mercurio's Menu- you're stars in more ways than simply featuring on the small screen. You both looked gorgeous as did your glorious veg - gawd wish I was closer!
Great work and Hearty Congrats again and again. XOXO

Thanks for the tip-off with Mercurio's Menu a show I watch as much as possible.
And it was great, fantastic publicity for you & Bren.
I certainly want to try the carrots as for the tomato's - yummo

Forgot to mention that I loved the crochet flower brooch ☺

Our first-ever carton of Daylesford Organics eggs just arrived with our CERES CSA order - they look absolutely beautiful and I can't wait to try them. It's great to be absolutely sure our eggs are from happy chickens.